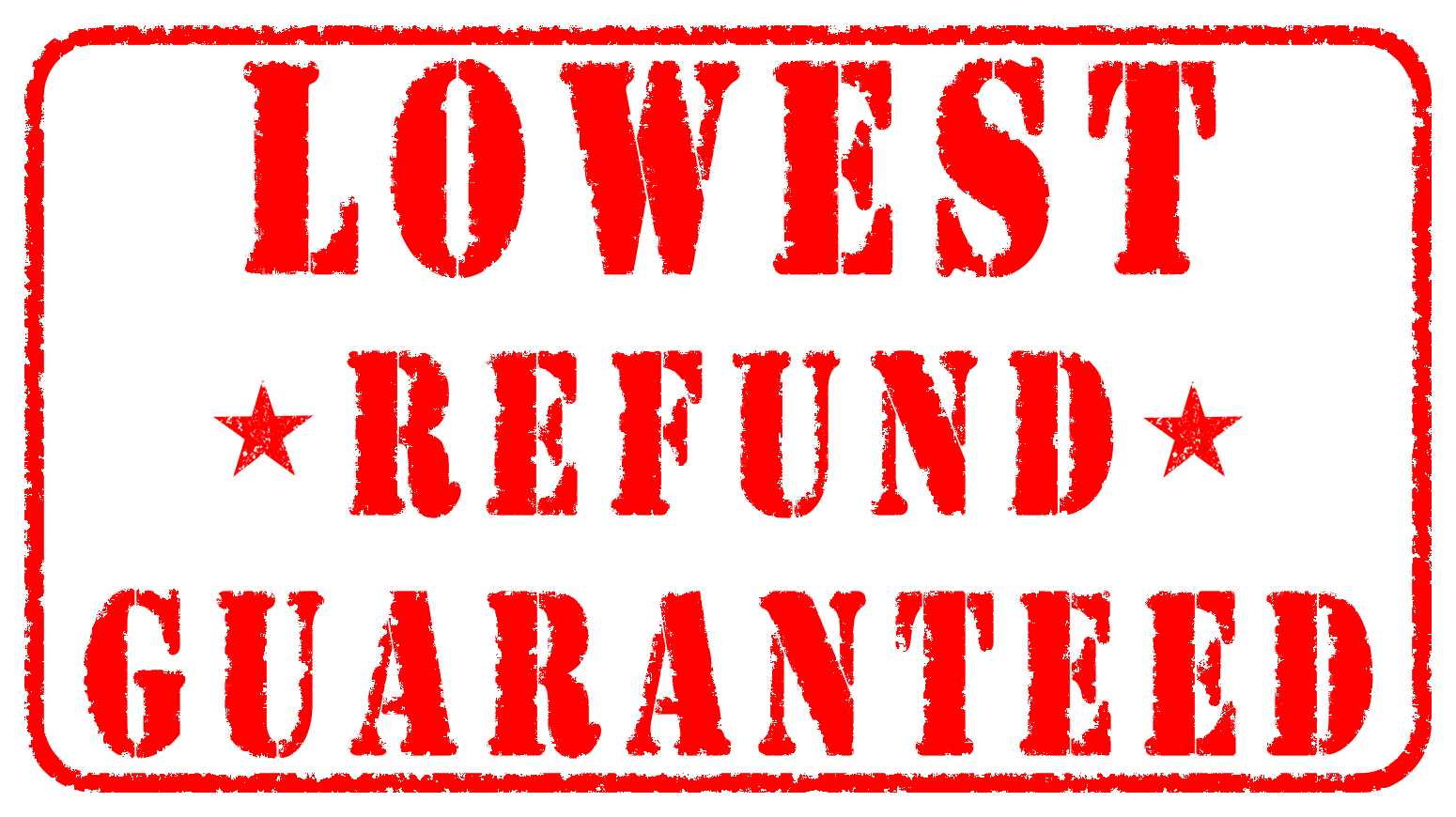 Okay… So I know you are just dying to know why, unlike everyone else, our refunds are guaranteed to be the LOWEST.


The answer is simple really… because it needs to be.

Refunds are bad for business PERIODT! (and that's not a typo).

If you are a serious business owner, one who is interested in scaling your business, then you need to understand that a refund is a bad sign that the business's finances are NOT being handled properly.

As a business, receiving a refund means that you overpaid your taxes and you waited a whole year to get back the amount that was overpaid.

Ever Heard of Cash Flow?

Let me ask another question... what does your business do with money?

Hopefully the answer is use it wisely to expand operations, via marketing, research and development, investments, payroll, etc...

Well... in order to do those things... you need capital. Which means that you simply cannot afford to be giving EXTRA cash to someone else just so they can give it back to you at the end of the year - interest free.

To help you better understand, let me explain a few things to you and walk you through a couple of concepts.

The first thing is to understand what a refund is exactly. By definition, a refund is a return of excess money paid by an individual or a firm… let me say that again… it’s a return of EXCESS money paid. Let me rephrase it… it’s your money given back to you.

Consider this: Let’s say that you owed me $100 but you accidentally gave me $1000. You overpaid me by $900, but at the end of the year, once I finalize my books, I give it back to you. You may feel that that is okay so long as I returned it. And as an individual… that’s a kind hearted way to feel, but as a business owner, it’s a bad mistake.

I’m glad that you did.

You see, if, as a business owner, you let $900 go unaccounted for… that is a strong, key indication that the business finances are not being managed properly. Yes, you’ll get it back, but what if you needed that $900 at some point throughout the year?

Which is why cash flow is important.

Amazingly, I've heard every reason under the sun as to why refunds are good and none of them are in favor of economic development and wealth accumulation for small businesses or individuals.

I’ve even been told that as a tax professional, I should encourage refunds because that’s how they will pay me. 🤯 to say the least.

Truthfully speaking, the IRS would rather not issue refunds if possible. That’s why they are doing things to make withholding more accurate. And you wanna know something amazing… as of this writing (2019) there was over $15 billion dollars of uncollected refunds from the tax year ending in 2015. WOW! And since the time to file a return and claim that money has passed (April 2019), we’ve just given our Government $15 BILLION dollars extra on top of the taxes that we already paid.

So don’t complain about paying taxes… just pay what you owe and not a penny more!

Now, there are situations that no matter what you do, you will end up with a refund. And I’ll be honest with you, even those situations are bad ones (at least for those of us who want to be well off).

And those situations are normally involving individuals how are below what is called the Federal Poverty Level. Meaning that their household income falls below a certain income threshold.

If you're married with 3 dependent (all under 17) your taxable income would have to be under $25,000 to get those type of results

So, yea... a refund sounds good but, look at where you have to be to get it.

And this is not to down play anyone. I personally received a refund plenty of years... even recently.

However, Now that I fully understand what a refund is, what generates it and the impact that it has on our community, I'm out to change the narrative - starting with myself. And I would love for you to join me.

Which is why it is our goal to ensure that you receive the absolute lowest refund possible. Zero. Zilch. Nothing.

Because getting a refund simply means that as a business, our cash flow management needs some serious work and as an individual, it means that we need to raise our economic level

In either case. we are here to you achieve that goal!